We love Portugal and in general the Portuguese people, but as with all cultures and countries there is a bad element. The temperatures every day whilst we where there would reach the low 40’s in the afternoon, so the ground was very dry and therefore the risk of fires was high. The Portuguese ban bonfires at this time of year for obvious reasons, but every day during the two weeks we were there were vast areas of the countryside catching fire.

It turns out that whilst not all, but in a lot of cases these fires are started on purpose, it was being reported that people were paying for the forests and wooded areas to be set alight as they were worth more clear of the trees, and therefore could be sold as farming or building land. 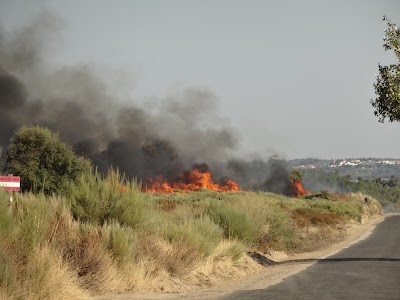 On one particular day whilst watering the fruit trees late in the afternoon we noticed a new smoke plume rising just over the hill not far from the plot, we watched over the next couple of hours how it seemed to get better then worsen in varying cycles. A bit concerned and out of interest, not so much as interest in a fire but more about although it looked close, how far was it actually from us, we set off. It was a good 20 minutes before we found the problem, which whilst not nice was mainly brush land and farther away than we expected which was good. Also on a good note the extent was not as bad as some we had been hearing about in the more forest areas. 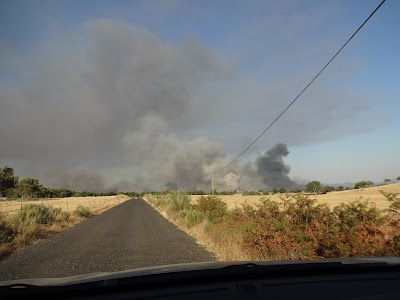 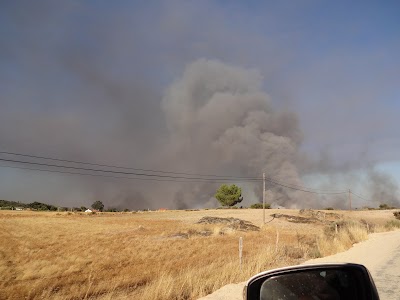 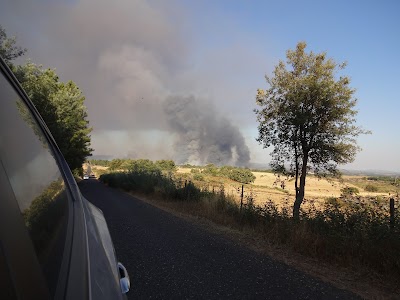 Towards the end of the trip we started to hear about a real nasty fire about 3 hours away in the Serra do Caramula area near the town of Tondela, which was causing the Bombeiros a lot of problems and a young fire fighter had lost her life. We saw the glow in the night sky in the distance when we drove home on the Saturday, when will these people learn. On the up side we heard that 30 people had been arrested in conjunction with the fires; let’s hope that they make an example of them.

I have to admit we both have a new higher appreciation and respect of the Emergency Services especially the Bombeiros ( Fire Service).