The next area we wanted to attack, was the bit if land where the old hut used to be. We had grassed up to the hut when it was there, but we now have this area of rough ground which is just weeds, now the hut has been demolished.

There was a, kind of line at the edge if the grass, which had a shallow dip, this seemed a natural break / edge to form some kind of floral border. There were already water sprinklers that covered the grass, on inspection I could see that I could see that I could adjust them to cover a 360 degrees spray, rather than the 180 degrees they where currently set to. This would mean any flower beds could be covered as well.

We decided to tackle in two stages, just to check everything was ok, before we invested in too many plants.

Here are some photos showing the progression over the two stages, in this area. Hopefully you will agree that the result, although still a little raw, will form a basis for a nice area when things get established.

One by product of this job was, that with the opening up of the water sprinklers to 360 degrees was that grass also started to grow on the other side of the new borders, so it looks like it will tidy that area a bit as well. I have already started to mow it.

The idea is that eventually we will try to grow a few vegetables in the area the other side of the new borders. 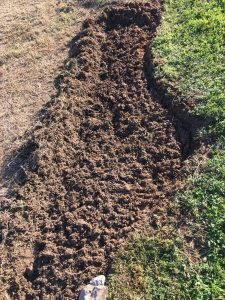 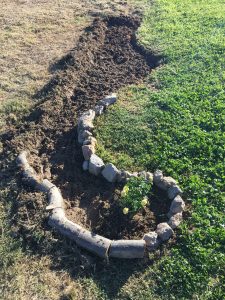 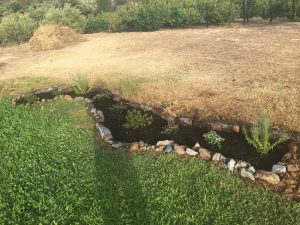 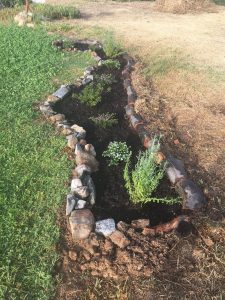 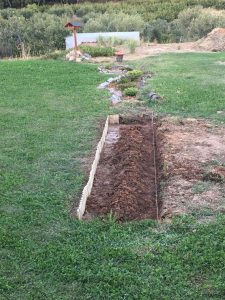 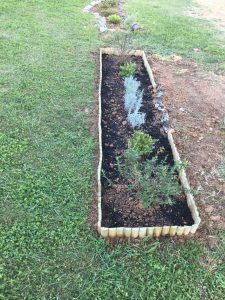 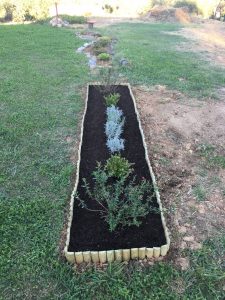 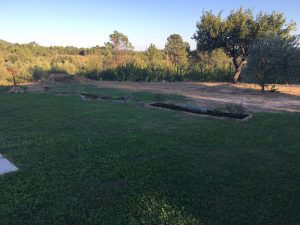