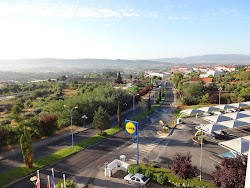 One of things we really wanted to do whilst in Portugal this visit was to check out the architect, Maria and Paulo had recommended them, but to date we had only met them either in our hotel or in the Remax office. We had of course conversed via email a fair amount and checked all their credentials out on the internet, but we still had never seen their offices, for all we knew they didn’t have one. This is the British coming out again, that mistrust thing, but everyone tells you to be careful and check everything and everyone out, but you have to trust as well. Its hard to find the balance.

I emailed Pedro and Paulo (there seems to be a lot of Paulo’s on Portugal J ) at Plataforma shortly after arriving and they were happy to meet up, however once again they seemed very keen to come to us at the hotel, this did make us feel a little uneasy, but trust, remember trust, the truth of the matter was they were just trying to make things easy for us.

After a few brief email exchanges it was agreed we would meet at their offices in Covilhã on the Wednesday at about 3:00pm. 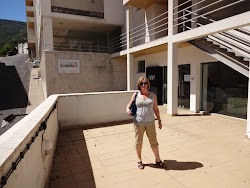 On the Wednesday it took a little while for us to find their offices, they were in what and in fact we later found out was, an old industrial area of the city, which due to the decline in industry had been refurbished and was now all part of the University. On arrival the office was locked up and all shuttered where down, um!

The brain started to work overtime again. About quarter past Pedro arrived and unlocked the office, and we entered, it was fine it was a fully functional operating office, very modern and fully equipped.

We had a long discussion in the office about all things related and a lot of things not related, but it became apparent that their business was very closely associated with the University and at the time of our visit all the students were on recess so Plataforma take the opportunity to take some holiday as well. Yes they had come in special all three of them to open up the office and met us.  So remember if you do something like this yourself, take a deep breath and give them a chance.

Its strange you know, this project is all about doing something different and taking things in our stride, yet when it happens the way you hope and expect it is still alien to our nature. It is getting easier and we are getting used to the way of life we want, but actually making the change is hard, and we haven’t really started yet!!  Human nature, wonderful isn’t it?

Pedro explained the process as best he could and that to get the design within the budget set, he had to liaise with a builder. This made sense, their skill is the design, but the builder is the one with the idea of what things actually cost. We had of course already met the builder that Pedro wanted to work with, Marco, you will remember him, if you have read earlier blogs. We met him when we first met up with the architects at the Remax office earlier in the year.

The team at Plataforma had already organised that we meet up with Marco later in the day, to visit some of the projects that he was already working on.

1 Response to Visiting the Architect