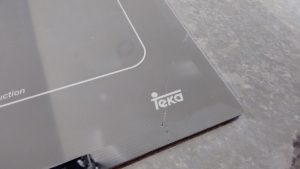 At long last we have managed to get the cover on the extractor over the hob, it had to be specially made, just because of the shape of the vaulted ceiling and the height, now it’s done, it looks amazing. The only problem was that the guy that did the work managed to break the glass on the hob! Nothing is ever simple is it. He has agreed to source the replacement glass and fit it, and we have agreed to cover the cost. Yes you could say it was his fault and he should bear the cost, but he is a one man band doing odd jobs for us and doesn’t have insurance that would cover this, and it was an accident, so we will cover it and he is doing other work for us as well.

The same guy is due to build a small cover for the borehole, but again like all the Portuguese although agreeing it to be done, it take an age to actually get it done.

We also had to add another little job to his list, as we managed to break the automatic openers on the gate on out last visit, just managed to pull one of the openers out of the post. This at the time of writing, he has started to repair for us, reinforcing the post with some concrete before remounting the opener. 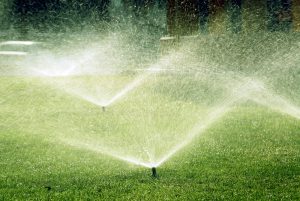 The garden around the house is getting there, the watering system is working well for the plants and apart from a couple of the sprinkles tops needing repair the clover/grass is getting well-watered. There are a couple of places that need fixing but we will get there. The biggest issue now is getting the clover/grass cut. The guy that said he would do it is the same guy that’s doing the demolishing of the hut and the landscaping so its suffering the same way, getting him to do it. The consequence is its getting very long.

We have decided that we will get a mower as soon as we can, so at least we can cut it when we are there, we still need someone to cut it on a regular basis but it would help.

This entry was posted in 2016, House & Garden, Project Portugal. Bookmark the permalink.