Life in the apartment 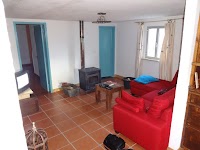 Using the apartment, as a base was probably one of the best decisions we had made, not that I think we made any really bad decisions but some are better than others.

Marc & Mieke were brilliant hosts, they left us very much to ourselves but were always there if we needed anything.

The place is clean and spacious and an ideal place to come back to after being out all day. We had everything we needed to be able to relax. 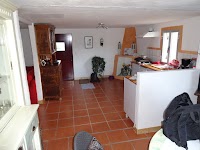 They always seemed just too just add that little bit extra to make the stay more personal. This time we were greeted with 6 very fresh ducks eggs, they keep ducks on the quinta and they were delicious. In fact we devoured them within a couple of days, and after returning the empty box, received another dozen, I think by the time we left we had eaten our way through two and a half dozen and they gave us another 2 dozen to take home.

We knew they have about 19 ducks but they are very active layers and we knew Mieke only used them in baking as poor Marc was allergic to them. Hey we didn’t mind, quack, quack.

It was lovely just to get up when we wanted, we still tended to get up around 7:30 to 8:00am just because it’s nice to have a relaxing start, yet still be able to make the most of the day. After a slow start and a lazy breakfast, supported by the compulsory coffee, we would set off out for the day, not returning until the early evening, and rustling something up on the cooker, whilst we showered and cleaned up, before sitting and watching a film on the laptop. 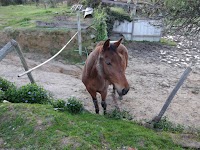 Next door to the Quinta, there was a plot where the owner was extending a small house, but he also kept a horse. Each day we would see him let the horse out and put it back in the stable at the end of the day. Mieke had told us that the horse liked apples, so one day when shopping we picked up a small bag. Before giving the horse any, we did check with its owner. He was fine with it. After this every day when we came back the horse would greet us back, not that it had anything to do with apples!

One evening we sat down and planned out the rest of the trips for the year, we reckoned we could get a short week in June, a couple of weeks in August plus another at the end of October (Half Term). Once we had agreed the dates, it was on the Internet and book the flights and ferry crossings. June and October as they are just around a week would be flying and the summer two weeks driving so a ferry, Newhaven to Dieppe, never the Dover to Calais or channel tunnel again, unless there was no choice. 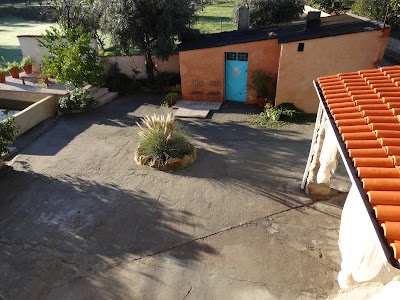 We also gave Mieke the dates to see if we could book the apartment for dates. At first it seemed that the summer might be a issue, but after a few calls etc it was all sorted and we were set for the rest of the year.  Brilliant!