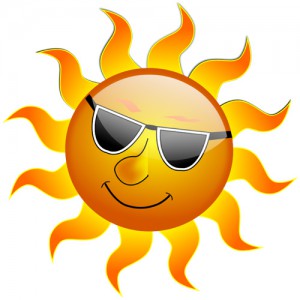 The start of June was very slow in getting work done. As you will have read in the last blog not a lot of the corrective work had been done. In the week we were there we met with the Project Manager and the Builder a couple of times to express our dissatisfaction on this subject. Also during our visit our neighbour caught me whilst I was putting the 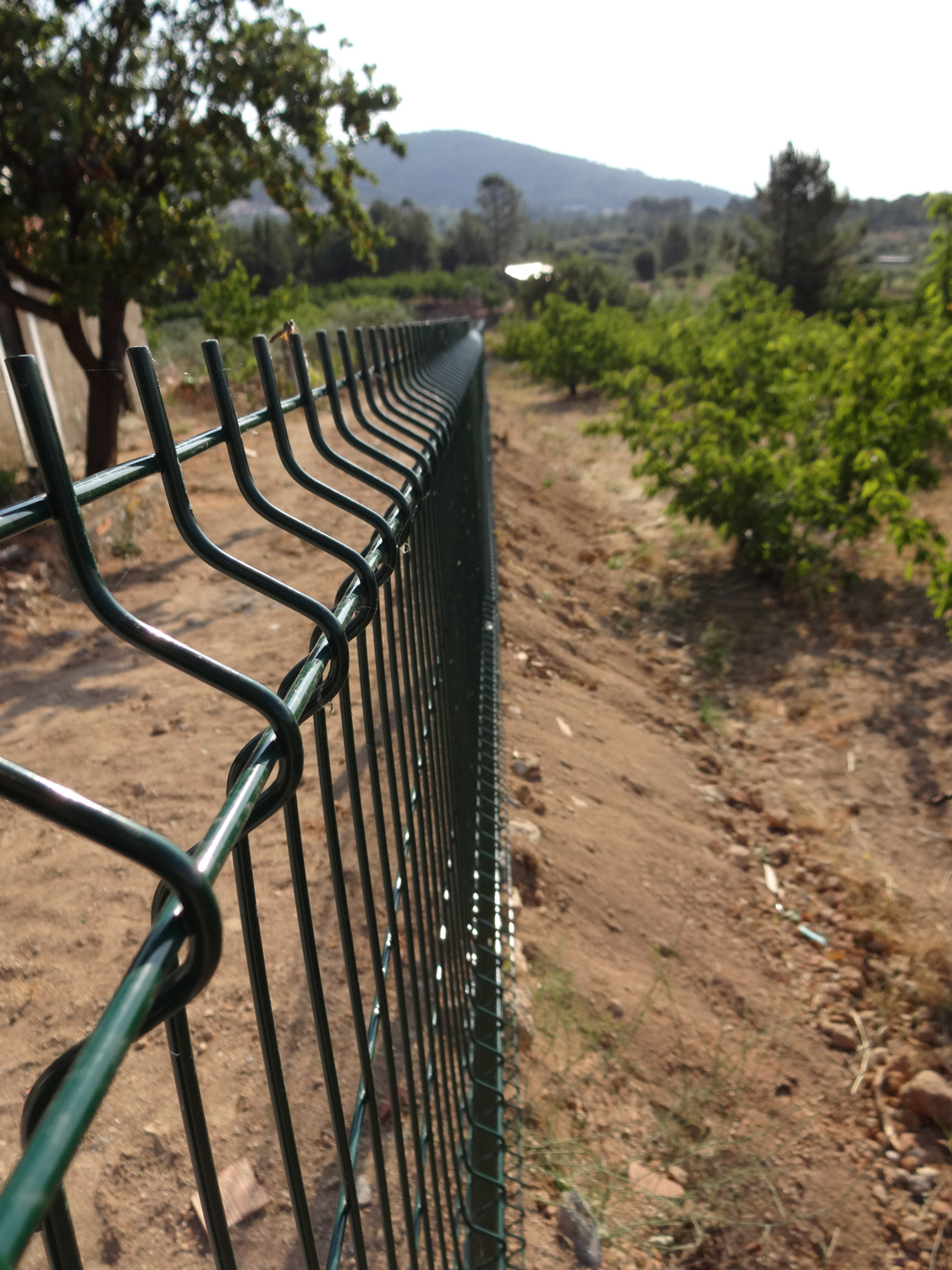 rubbish in the boot of the car and expressed his annoyance about the fence and bank that Marco had erected for us. It wasn’t so much that it was on his land, it was more that the bank it had created didn’t leave enough room between the bank and his cherry tree to be able him to use him machinery. In fact it was more than that, the main issue was that he had spoken to Marco (The Builder) at the time, around a month earlier and mentioned it and nothing had happened or changed.

Paulo arranged for us all to be at the site on the Tuesday. We were able to get mutual agreement on what needed to happen. However there was a great deal of amusement as our neighbour was extremely vocal with the builder but winked a couple of times to me and his wife expressed to Paulo the Project Manager that their gripe wasn’t with us, just with Marco. The one thing we didn’t want was to have any issues with our neighbour, so we told Marco, “Just do what you have to, to resolve the situation”. The final arrangement was for us to move the fence in the one area near the tree by about 30cm, but also to build a low wall to hold the dirt back. You will see from the pictures that this was done and completed within a couple of weeks, so hopefully we are all best of friends again now. The knock on was we got a far better, solid job on that boundary and it does look a far better job.

There has been a fair amount of progress in June, never enough for us I guess but progress.

We had a problem with the shutters again whilst we were there at the beginning of the month, but that looks like it may have been rectified, although the one that didn’t close right up is still to be fixed.

We have also seen that the floor in the 3rd bathroom has at last been corrected; you may remember from earlier blogs that they had fitted a shower tray rather than a tiled wet floor, but we have now seen that has been done along with the relaying of the main en-suite shower floor. We had issue that whilst the shower was superb the fall on the floor caused a puddle, e.g. it wasn’t running away to the waste. That also seems to have been corrected, although we have still to test it. Need to wait for it to dry. 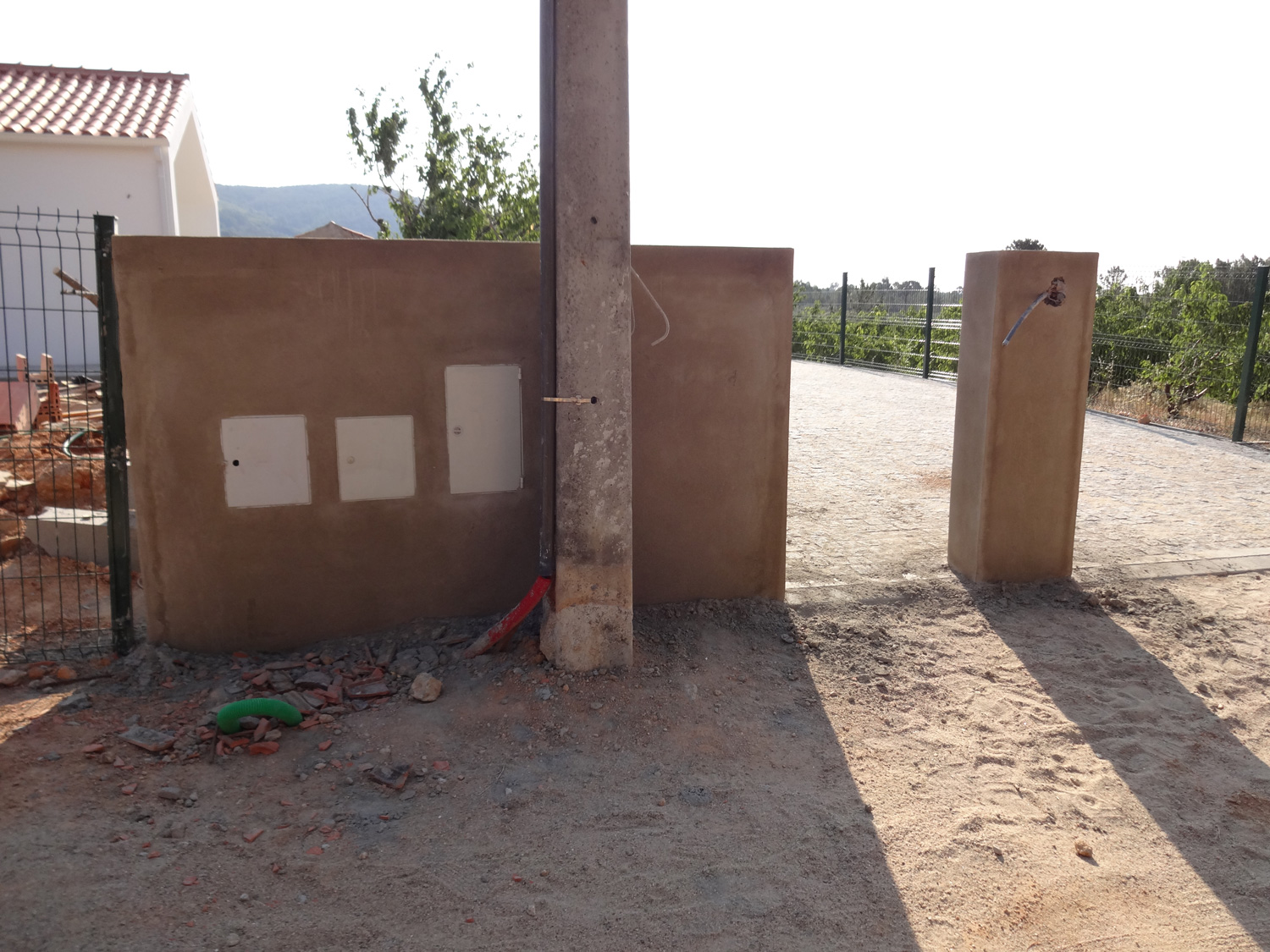 Also, and there should be a tremendous round of applause, we have a Kitchen! Well nearly the actual units have arrived and have been installed, they look amazing. However we are now waiting for the stone tops to arrive, before they can fit all the appliances. In fairness they couldn’t order then until the units were in place and the final measurements taken. We are lead to believe they will be fitted in the first week of July. We’ll see!

We are extremely pleased with the look so far though, we know the architect had some reservations about the colours we had chosen, but we knew it would be good and he has had to admit we were right.

The work on the outside has made some good progress as well this month, especially in the last couple of weeks. The new plant room is built, well the brickwork is done, this will house the outside electrics, the pump from the borehole and eventually the swimming pool machinery. It has been built large enough to contain it all. It will be interesting to see how they blend this in with the landscaping when the old hut etc is all removed.

There has also been a great deal of landscaping done around where the septic tank (waste water treatment) has been installed. We understood the rough idea when Marco had described it, but it is really starting to shape up now and the little touches he has had done, e.g. the rock steps are really nice. Can’t wait to get planting. They have had to move the Orange tree into the new terrace, so we hope that will survive, but that looks like a great area to get a lemon and a lime tree planted.

There are of course lots of other things to do, but we probably don’t need a builder for those, like getting more furniture. These are just the things we would still like.

So how are we against the budget? A little update for you, of course we will give a full review once we feel we are at the end. As expected we are slightly over budget, but no more than our contingency allowed, but that was based on the original specification of the project. If you have been reading this blog you will have seen that we have had a lot of additional work done over and above the original project, all are nice and really wanted, but may not have been needed. If you are doing something like this it is nice to be able to get the best you can at the time. We will give a full list at the end of the Project.