Home time and the fruit 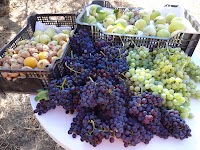 Well unfortunately it was that time again, yes time to pack up the suitcases and make tracks back to the UK, but as we had the car we were not going back empty handed. There was a lot of fruit of all types that was just about ready, well ready enough for eating. 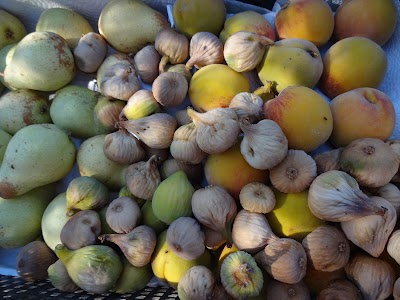 The day before setting off, we raided the crops. Raided seems the wrong word as they are “ours” but that’s what it felt like. Anyway Quince’s, Red Grapes, Green Grapes, Peaches, Oranges, Mandarins, all picked and packed into two large and two smaller crates ready to be packed in the car.

Hope I can get them in, maybe I will have leave something behind, hum Teresa do you think? No better not!

Anyway I did manage to get everything in car, including Teresa and we set off home. The trip back was very much the same as the last few trips with the car, stopping off in Bordeaux overnight and getting to Dieppe about midday on the channel-crossing day. The only thing worth mentioning is that we wanted to make the most of the trip and as we were coming back on a UK Bank Holiday weekend, so we had decided to take the ferry on the Sunday. This is fine, but we didn’t realise that France, well Dieppe still recognise Sunday as a religious day and all the little shops are closed and the large super/hypermarkets close at 12:00 noon, so we have just missed them.

We had planned to fill up all the last little crevasses in the boot and back seat with wines and croissants, but everything closed this was not going to happen. Plus our crossing was not until 6:00pm so what were we going to do for the next 5 hours. We spent about an hour cruising around and eventually found a small private bakery on the outskirts of Dieppe that was open, so we pulled over and brought Croissants for all the family. 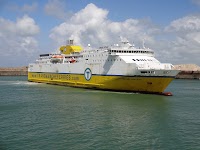 We spent the last couple of hours walking around and eventually sitting on the harbour wall.

As soon as we saw the ferry docking, it was time to get to the car and make our way on board.