Decision made and next stages

At last! We have come to a decision on the builder. The winner is “Marco”.

Whilst Marco was always the clear favourite from the beginning, we now feel completely comfortable that he is the right choice. We have had 3 other quotes and whilst 2 of them were cheaper, we felt that those would have increased quite rapidly as the build got under way. Every time we made the slightest little change to the specification they would change the cost. Marco however seems to be a lot more accommodating when it comes to those little tweaks, most of the time it was a case of “we can do that, no problem” and when asked about cost, it was ok and included.  Now I guess time will tell, once we get going with the build to see if this holds true, but we felt comfortable, which is the main thing.

There were the incidental things to consider as well; that the architect was keen to work with him, so that would probably work to our advantage. He is also the Mayor of the next village, sometimes, who you know can help.

We met with the architects, Plataforma, on the Tuesday to review the dozen or so outstanding questions we had on his quote, at the end of the meeting we had cleared up all the outstanding points.

A couple more did come up during the meeting, but the architect was able to call Marco straight away to get those answered as well.

By the time we left on the Tuesday, we were ready to discuss the actual details of the build with the builder and a further meeting had been arranged for 9:30am on the Thursday to meet with Marco.

On the Thursday we met with the builder at the architects office and discussed the start date, the probably duration of the build and the various options to make payments.

In principle we agreed that we would start the build in February next year, 2014, and the build would take about 1 year, so would be completed February 2015. We made allowances for maybe a late start depending on the weather, but set the target that we wanted to be in for the Easter 2015. It was also muted that we should build into the contract a penalty clause, that if he did not complete by the Easter 2015, Marco would pay some form of penalty.

We also agreed with the architect that they would Project Manage the build and agreed a fee. Other things we agreed on, was the help they and the builder would give us, in getting the final license, getting the electric connected, getting the borehole drilled and digging in a septic tank. All things that had to be done in addition.

We finished the meeting with a coffee, what else eh! Which just left us with reviewing the payment options that had been proposed and deciding which would work best for us, or make some kind of counter proposal. 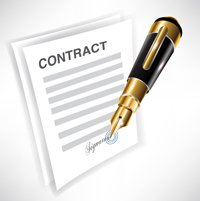 We did make a counter proposal; but it was just a slight variation on one of the two options that had been proposed to us. Remember builders the world over will always want some form of up front payment, it is just down to you to negotiate how much up front you feel is correct. I wont go through all the options, but to give you some ideas, the option we agreed on, was a 30% up front payment, then we would pay whatever was done in a month, at the end of that month, but discounted by the same 30%. We felt this showed commitment on both sides, we had the support of the architect and would have a written contract before making any payments. I will let you know how this works out.

So that’s it. The next time we get to go to the plot, next Easter 2014, hopefully the construction will have started.

Here is a photo of where the house will be built , we will try to take a picture from the same point as the build proceeds so you can see. 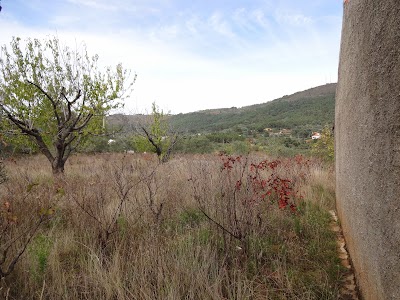 1 Response to Decision made and next stages