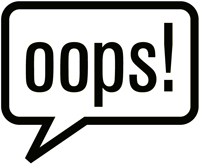 Today must have been the worst day of all the trips so far. We had had a lovely day out and were making our way back to the Quinta around 7:00pm. As we passed a cafe on the road into Atalaia do Compo a cat ran at great speed into the road. I had to brake really hard but there was no bump and once I stopped, got out the car and checked around there was no sign so I guess, thank god that it had used one of its nine lives and ran off into the countryside. Much relieved we got back into the car and continued on our way.

One thing it is important to highlight here is that in the main cats and dogs are street animals and feral / semi wild and are rarely treated as pets as we do in the UK.

Not 5 minutes down the road and it was the turn of the dogs, they where yapping and chasing the car, I did everything I could to avoid a problem, but one just ran straight under the rear wheel of the car. There was nothing I could have done more than I did, I didn’t even see it, and it ran at the side of the car behind me but in front of the rear wheel. There was the inevitable bump and I stopped as soon as I could. The dog was obviously dead, shaken not quite knowing what to do; we managed to speak to a family in a nearby house.

In a true Portuguese, the word was “no problem”, and the guy dragged the body to the side of the road “Sort tomorrow” he added. We were sent on our way.

We discussed the whole episode with our hosts when we got back and they explained they these are near wild dogs, street dogs they call them and if anything happens like this then any owner would deny as if it had caused damage to the car they would have to pay. Understanding this is the Portuguese way didn’t seem to make it any easier.

But after the cat a few minutes before, it was like fate had dealt a hand.

It took a few days to get over it, as it is alien to the British way, but get over we did.