As soon as I arrived, the young lady on reception informed that the lawyer had already been in and she had to attend court first thing, but she had taken some paperwork and would try and start the process without me, she would be back about 11:00am. So what to do for an hour and a half?

I wandered around the few shops and had another coffee in a different café and the time soon passed.  I got back to Remax around 11:00am. I knew things were done very different in Portugal and it is a lot slower, but I was beginning to wonder if this was all going wrong and I was never going to see anyone or our money again. 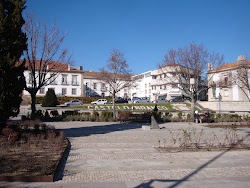 It wasn’t too long before the lawyer arrived, she explained that she was unable to do anything without our passports, the department she was dealing with would only accept originals, and she had been trying to use a photo copy that the estate agent was holding. So we set off at a rapid speed across town, by the heck this lady can walk fast. On route we discussed that we wanted it to be in joint names, this was OK as I had the fore thought to bring Teresa’s Passport as well.

Stage 1 – We need a fiscal number, a bit like our National Insurance number, without this we can’t do anything. We arrived at the Office of finanças. The lawyer was brilliant she was able to organize everything in the office, she even made all the payments on her Credit Card; remember we had already sent the money for her and the purchase to her before I arrived. All I had to do was check the details on the applications, one for me and one for Teresa and after a couple of corrections, just sign. First bit done.

Stage 2 – Go out of the office on to the street walk 5 paces to the next doorway and back into the Office of finanças, another department. Take a ticket, you know like the deli counter in the supermarket and wait to be called. I took this time to quiz the lawyer a bit more about her and the way things happen and what the day held for us. After a short while we were called to the counter and the lawyer presented the lady behind the desk all the details of the purchase and our newly obtained fiscal numbers. What was happening was this department was working out the taxes that we had to pay, It took an age, the computer system they were using is so antiquated, and it took several attempts to actually get the paperwork to tell us how much to pay. OK paperwork received, now to pay! Guess what? Need to go back to the office we went to for the first stage to pay.

Stage 3 – Go out the office on to the street walk back to the next doorway to the office we were at earlier and it was locked! Its lunchtime! The process had taken so long it was time for the Portuguese 2 hour lunch break. This is where the lawyer came into her own, whilst I am sure the Estate agent could have done the same, the lawyer was obviously very well known here and she banged on the door until they noticed and after an exchange of words we were given entry. It didn’t take long all we had to do was pay the taxes, again the lawyer took care of the payment ad detail all I had to do was sign.

Stage 4 – Lunch. Yes it is lunchtime. Everything stops for lunch. The lawyer announced she was off for lunch and would meet me outside the Bank at 2:00pm. She pointed me to the dog pooh waste bin on the lamp post and said 2:00pm I meet you there. I returned to what was rapidly becoming my regular café.

The Panic – I returned to the pre arranged meeting place and guess what?  No Lawyer. After a further 20 minutes still no lawyer. Yes I was starting to get a bit concerned. I tried calling her but it was engaged, I tried several times sometimes getting the engaged sometimes not. So yes really starting to worry. Then about 2:40, so 40 minutes late she appeared, on the phone as she walked, apologies accepted and panic over, we entered the bank.

Stage 5 – The Bank. We were shown to a desk and a gentleman greeted us, he spoke excellent English and we had a short discussion on what we were doing and then he handed over the cash to the lawyer. Yes Cash, Euro notes nothing bigger than a €500, some a lot smaller. 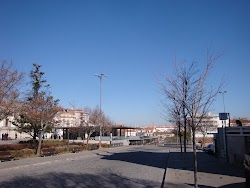 For the next stage we had to make our way across the square to the Notary, on route I think the lawyer bumped into half the population of Castelo Branco, she seemed to know everyone. Now I understand why she was late, this was at least positive in that she was well known so should things go wrong (ever the optimist!!) I could find her. You have to remember that whilst I have now met her and so she is real and I have checked her out on the website mentioned in an earlier blog, I still haven’t seen an office, so she could be working from home or a broom cupboard for all I know. On the way the lawyer phoned and confirmed we were all ok time wise, and was advised the sellers were on route but may be a little late, surprise, surprise. By now I had this licked, it just takes time and it will happen when it will happen, but it will happen, so let’s just go with the flow.

Stage 6 – The Notary. The Notary entrance was small, not at all what I expected, we walked up a narrow staircase to the 1st floor, Again the hairs started to twitched a little, it kind of reminded me of the back street market dealers in Hong Kong and Bangkok. However there was a office, with a couple of rooms. We were greeted and we handed over our details, passports, ids and paperwork, they started to process our side whilst we waited for the sellers.

A little later the sellers arrived along with Maria and Paulo from Remax, there was an army of them, 8 including Paulo and Maria, I felt a little intimidated but, we are here all of us. They too handed over a similar quantity of paperwork and the office continued processing, there did seem to be a bit of an issue, but in my Portuguese innocence, I was blissfully unaware of the detail. I later found out that one of the wives had forgotten her ID, but it seemed they managed to sort something to satisfy the officials.

The Last Stage – The exchange. Once we were all assembled and the paperwork completed, we were all, yes all eleven of us ushered into the second small office, which was set as a meeting room, it had a large old table in the middle and we all sat around the outside. Had there been another person I think we could have been in real trouble.

The lawyer sat next to me, as the whole process had to, by law, be conducted in Portuguese and the lawyer translated in my ear as we progressed. Basically it is quite simple, the official first reads out a document on behalf of the seller and the sellers family , stated they are all OK with the sale, the second is on behalf of the buyers, Teresa and myself saying that we agree to the purchase. At the end of each being read we all had to sign the relative document.

That’s where we had a problem! The whole process should only take about 15 minutes; ours took over an hour and a half. The old man that was selling was 90 years old, a typical Portuguese local, could hardly read or write and as was proved could not easily sign his name. It took several attempts for him to sign and a couple of re-prints of the documents. To start his family tried to help, but the official said that wasn’t allowed, so the family tried putting the letters on a separate piece of paper for him to copy, that was allowable, but he still got it wrong, the official rejected it a couple of time and as I say the documents had to be reprinted, but eventually the official was satisfied and the documents could be stamped and approved.

The very last bit was the cash! At this point the lawyer retrieved the large wad of cash from her handbag, slapped it down on the table, this was the total balance of the deal, I won’t say how much, but I have not seen that amount of cash in one go before. The old boy, with a great big smile presented me with the keys and the lawyer indicated that it was time for us to leave.

We had an interesting final meeting on the stairs of the notary, where she did the last sums and calculated I owed her about 80€ which sounded about right. She also explained that once we had left the room the family would be sharing out the cash, I smiled as I had this picture in my head of them dealing the notes out like a pack of cards, one for you, two for me, one for you and another two for me etc. The lawyer passed me the final papers, copies of the deed documents, the originals are retained at the notary.

Once outside we did the traditional thing in Europe of shaking of the hands followed by the kissing on both cheeks and went on our separate ways. A quick phone call back to the UK to Teresa to let her know and…..

That’s it. Job done! We now own our own little bit of Portugal.