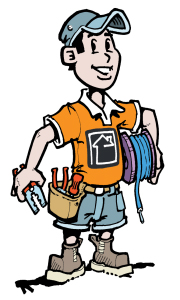 After our site meetings in August we knew that nothing much would happen on the actual site until October, or until the fabricated steel roof structure arrived on site. Although there was some discussion about getting a bit more of the floor sorted beforehand, but it was obvious to us that this wasn’t going to happen, with the entire supporting framework that was in place for the roof currently sitting on the ground there was no way this was going to removed to work on the floor area.

The good news, we hope, is that we were told the week before last that Marco had received the steel structure from the fabricators and his team was going to be on our site last week to get on with construction, but at the point of writing this blog, we are still waiting on confirmation from the project managers. We anticipate that they will visit the site, the end of last week or the start of next week, so no point in bothering them until then. Also of course Marco said “last week”, now that can be Monday or Friday! As soon as we know I will of course update the blog. Of course it’s always possible we will find out by the time I post this blog, so read on!

We also had an interesting twist on the electric supply and billing which we feel we should pass on, whilst it’s not a problem it is something worth being aware of. Nobody tells you these things up front, but of course if you are reading this, you will have this insight.

Hopefully you would have read the last blog about this; it will help if you haven’t to read it now. Well not long after that blog edp actually read the meter and as realised that we had used very little KwH against their estimates, which of course are based on a fully functioning house. This resulted in us being entitled to a substantial credit/refund on our account, of around €250. This we thought (mistakenly) would be credited back to our edp account and taken into consideration on any future bills?

Towards the end of September we received the next bill, edp invoice monthly, this bill was again estimated and based on a fully functioning house. Let say for the purpose of this example it was €125, of course in reality as nothing has happened at the site we have used nothing, so would really should just be billed for the daily standing charges and other incidentals (come to them later) so probably about €40. As the account was now on Direct Debit, this would come straight from our bank.

The question was what happened to the credit/refund, €250, it didn’t seem to be on our edp account and it certainly had not got back to the bank. Again Paulo our project manager at Plataforma came into play, a quick email and he was on the case.

It turns out the original account was a “Store” account and the new account is a “Direct Debit” account and although our details are on both (same account number by the way) never the twain will meet. As a consumer you have to tell edp what to do, so “please use the refund to pay the monthly bill” or “please give me my money back” they never do anything without you telling them, and although we online access to the account there is no visibility of the “Store” part of the account. 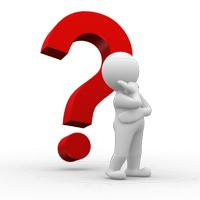 Then when we get back to the site and can take a meter reading and submit it online against the “Direct Debit” account so will have a credit. Hum, do you think it will go just to the back to the bank, doubt it! Maybe, stay on the account or something else I expect. Stay tuned….

I mentioned earlier the incidentals, well we had a connection charge at he start, about €15 and we had a disconnection and reconnection charge, about €30 all which was to be expected I guess with the problems we had, so that was no surprise, but edp also charge you to have a pdf bill and not a letter, its called an “audio/visual” charge and seems to be compulsory and driven but the government. Its Ok I guess it only amounts to about €3 a month, but something to be aware of. Don’t forget to that everything is subject to 23% IVA (VAT).

Anyway it’s Sunday so I will post this Blog, we haven’t heard anything back on the build yet, but as soon as we do I will add another post, hopefully this coming week. Lets hope its good news.