Well finally at the end of May we got our official completion certificate from the Council, which means we now officially have a house. The upside is that everything is now legal, including the swimming pool that we added.  The downside is that we will now have to pay annual council tax. We have been paying tax on the land but not on the house.

The delay has all been due to the builder, firstly not completing all the relevant documents that the council require, then by not signing the blue work book. Our architect and Project Manager has been working tirelessly with the authorities and suppliers etc. to get all the required documents and certificates together, all things the builder should have done, this has taken a ridiculous amount of time to organise.

So, one would have thought that it should be simple from this point, just need to tell the finance people so they can send us the taxes for the year and of course register with the land registry that we have a house there now. Huh! Let me tell you a story, things that if you are doing a project like this you should be aware of. 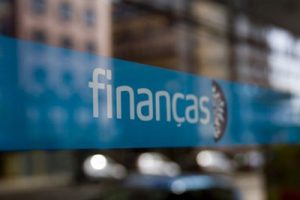 So, armed with the completion certificate and the Project Manager, with all his paperwork, plans etc., we met up on Thursday 1st June at a café around 9:15am in the town. We had a leisurely coffee and discussion before setting off around the corner to the Department of Finances.

This was the most important job as it has to be done within 60 days of the date of the completion certificate.

At the Finances office, we took the next number from the machine and took our seats, after a short wait of about 20 minutes we were called forward. Paulo our Project Manager explained to the lady official why we were there and she began entering everything on to their computer system.

Worth taking a pause here to explain that the Portuguese finances computer system is not the most modern, they are still using old CRT monitors and everything takes several minutes to happen.

After a series of questions and answers it was explained that there was a gap in our dates, due to the reason discussed above, e.g. the builder not submitting the documents on time, so we may receive a fine. What happened was, we had a licence to build the house which was issued on 05/03/2014 and ended on 06/03/2015. The house was completed by that date, but it had taken 2 years (can you believe it) to get everything done to get the Completion Certificate, which was issued on 18/05/2017. However, because we had not been in trouble with them before, e.g. no previous fines, they agreed to waive the fine.

We were advised that the paperwork would now go off to the relevant department in finances and they will set the amount of taxes that they think. We will get a letter in a few weeks advising us of the amount. In Portugal, the taxes are paid in arrears so this would be the amount due next April (2018). We will have the right to appeal the amount if we think it is not right, but Paulo advised that they are usually about right.

Everything done we set off for the Court building across town to do the Land registration change.

At the land registry office, we obtained the next ticket to take our turn, and was called forward almost immediately. Again, after several conversations between Paulo and the Officials we were advised that we couldn’t register the house because the land was still registered as “Rustic” and therefore the house could not be registered. The status of land had to be changed to “Urban” and only the Finances office could do this.

So back across town to the Finances and pick a new ticket to join the queue, of course by now there are lot more people, so we had almost an hour wait before being called forward. Again, Paulo explained to another official everything, and the official started the process. However, because we hadn’t changed the status of the land when the construction licence ended, in 2015, we would be fined! Paulo wasn’t aware of this rule, so it was a surprise to him as well. Why they didn’t tell us this when we registered the house earlier in the morning was also questionable, but not worth arguing. Paper work done, computer system updated and a €75 fine paid, yes, we had to pay this one, we set off once again across town to the Court, Land Registry office. 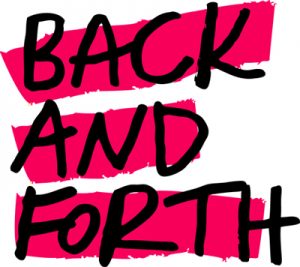 So, I think you may be getting the routine now, yep, take a ticket, join the queue and wait, lucky the wait was very short this time. So, we all sat down with another different official, and started the process. Then, guess what? Yep another problem. This time was the local council where the house is, has been combined with the local council next door and all the registration numbers of the land have changed and they can’t update anything without official notification of the old to new number conversion. The lady official tried to call the Finances office to see what could be done, but there was no answer. So, we still couldn’t change the registration. 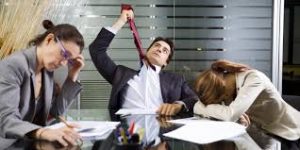 We started to head off back to the finances office again, but before we got back to the car, we met the lady from the land registry that we spoke to the first time. She advised it might be best to wait for the paperwork from the finances, with the taxes, as that would have all the right numbers etc. and that changing the entry at the Land Registry was not critical, as long as it was done before if and when we wanted to sell it would be fine. As we are not selling anyway and we had by now, lost the will to live, we took the decision to stop and wait. It was now 2:45pm, so we had been at it for 5 and a half hours.

If fairness the official’s in both the finances and the Land Registry tried to be as helpful as they could, it was just the bureaucracy of the Portuguese system that was creating all the issues.

So, we are now all official, we have the Completion certificate and we are all legal with the taxes, we just need to change the land registry when we can, by the way it costs €60 to make the change.

If you are doing a similar project at any time it may be worth digesting all this, perhaps you can avoid some of these issues or any possible fines, if not you will at least be aware of having to allocate at least a whole day to the process.

As soon as we have any more details from the finances on what the taxes are or the land registry process, we will post another blog entry on the subject. For now, we have done what we need to, to be legal.