All too soon it was time to set off home again. As we have travelled light it didn’t take us long to pack up in the morning. After a chat with Marc & Mieke, who were sitting in the garden enjoying the mid morning sunshine we set off to our property to pack all the bits that we couldn’t take with us. 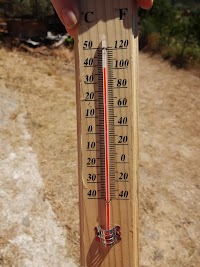 We said goodbye to the trees and the hut (sad aren’t we?) packed away the thermometer and set of for Castelo Branco to see Paulo and Maria at Remax, you will remember they are the estate agents that we brought the land through and that they have been helping us in a whole number of ways with the project. Currently they are working with a couple of builders they know to get us some comparative quotes for the house. Again I know I keep saying it, but if you do anything like this yourself, I would recommend you find a good estate agent and if you do look in this region I would recommend Paulo and Maria at Remax.

We got to Castelo Branco around lunchtime so after eating we popped in to give and received updates on the project as well as a general how’s everything, with Maria and Paulo before we left for the drive to the Airport. The trip to the airport was fairly smooth arriving in plenty of time. Then the fun began!!

The first little hiccup was as we checked the car back in, the agent pointed out some damaged on the sill below the driver’s door, which wasn’t marked on the documents when we picked the car up. After reassuring her that we had not done it, she checked back with the office and sure enough it had been picked up on a previous hire, so problem averted we headed into the terminal. Phew! That could have been tricky.

Of course we had still arrived In plenty of time, so headed off to get some dinner before our flight which was due to leave about 8:25pm which would get us back to the UK about 11:00pm so by the time we got the car and drove home we should be indoors about midnight.

Well that was the plan! We knew that we would get called to go through the boarder control about 7:45pm so we waited nearby, by 8:00pm there was still nobody there so we walked back down to the main area to look at the flight screen. Yeap you guessed it, delayed! Can you believe it until 23:45pm and no explanation to why.

After resigning ourselves to the fact it was going to be a late night, I hooked up the phone and started to investigate what may be happening. It soon became apparent that the French Air Traffic Controllers had gone on strike, how dare they! Don’t they realise who we are? Your right, no they don’t and no they don’t care.

Around 23:30pm we where being told that we should be leaving around midnight and the agents started to hand out food bags. Just after midnight we were called to start boarding, so we proceeded through boarder control. Our flight was the only one left, so we were all soon through and waiting to board the aircraft.

We were all queued at the door when the Captain of the plane came through and told us that he had been advised that he wouldn’t get a flight slot for at least 3 hours. Moan, groan, you can imagine, but most of the people understood that it wasn’t his fault. Some didn’t, need I say more?

The was certainly games being played by the staff at Lisbon airport as they wanted to close the airport for the night so they could go home, which is why they pushed us through boarder control, as we now had officially left the country! They wouldn’t let us back through, and as there were no seats where we where, the decision was to put us on the plane, at least we could sit down. Well sit down, kinda as you know you don’t get a lot of room on EasyJet. 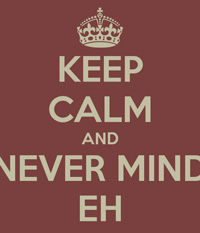 Luckily around 2:30am we got an earlier departure slot, so we were up and away. We eventually got back to our house at 6:00am, just enough time to have a shower and change and set off for a days work. I do have to say that we both were very understanding and kept a smile and good humour during the whole episode.

So not a good end to a good week, but a couple of early nights and we were fine. The Elliott motto came in to play again “Never mind eh!”