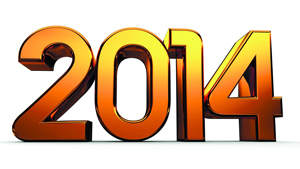 Well it’s 2014 and going to be the year of the build, amazingly this is probably some 6 years ahead of our original timelines. This of course is excellent news, but of course has also created its own pressures, however we are ready and this week has seen us putting the final actions to enable the build to start next month.

As mentioned in earlier postings, one of the items we still had to budget for was the licence (council taxes) to allow the build to start, we had little idea of what this would be, only that the architect felt it should be between €1000 and €3000. The good news is that we budgeted for the higher figure and the final bill was near enough in the middle. Just needed to transfer the funds and the architect will settle the bill with the council for us. We can’t recommend enough the importance of finding a architect / Project management team that know what they are doing and are prepared to be flexible, so important when doing a project like this where you can’t be in the country and available all the time.

We also received quotes back via the Builder and architect / Project Manager for the Borehole and the Electricity connection work, which of course we will need to get both laid on for the builder to be able to build. 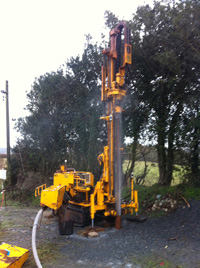 The Borehole was very much in line with what we had been advised, but we noted that we would still need to budget for the pipe and pumps on top. The price quoted would allow for a depth of 100 metres although they could go to 200 metres, but that would of course attract a further charge, basically they charge by the metre. If you are following this because you might do something similar, then you should budget about €3000 at 2014 prices. We will let you know about the pump and pipes as soon as we know, but this can’t be worked out until the Borehole is drilled and we know how deep they had to go and what pressure there is to know what size pumps etc we will need.  Knowing that we have wells on the lower terrace that always has water and is only about 15 metres down from where the house is going then we am sure they will find it OK. Let’s hope so, we’ll let you know!

The Electricity work was a bit different, we didn’t have a clue how much this was going to be, and even the architect struggled with this one so we plucked a number out of the air, which turned out to be somewhat light, in fact about half what we needed but as the tax for the council was half what we budgeted for and the values were about the same we balanced so we are OK. The only bit we are a bit unsure on if the electric company e.g. EDP will charge a connection fee as well or if this is included, again we will let you know. Again if you are following this because you are doing something similar and you want to know the costs please email me at ian@casaneroli.com and I will let you know. The only reason not to show it here is that it is dependent on what you have done, e.g. over or underground, type of connection box etc, so to show a general number may be misleading.

The last item was to pay the deposit to the builder; the contract said that this needs to be with him 30 days before construction can start. We are sure this is flexible but we didn’t want anything to cause any delays and as the Euro to Sterling exchange rate is quite favourable at this time, around 1.20 it was a good time for it to happen.

So the final action for the week was to make the deposit payment to the builder, pay the architect the money for the licence and put enough money into our Portuguese bank account for us to be able to pay for the Electric and Borehole as they get done. We had agreed with the builder that he would pay for these when needed and we would settle with him accordingly. This would ensure the good pricing that he had negotiated on our behalf and of course he can then co-ordinated it happening in line with him starting the build.

So off to World First again, once again a first class service was provided and the money was in the respected accounts within a matter of hours. We can’t recommend these guys enough, We are sure others work just as well, but this service is so smooth and easy to use, it just makes the whole business less stressful. Well done World First.

Well that’s it for now, we just need to sit back and wait now for the architect and builder to get on with it. 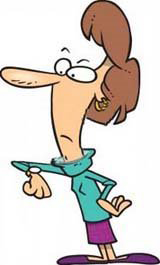 Can we be that patient?