Progressing with the Architect 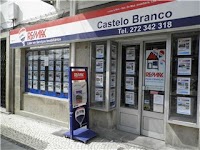 During the remainder of April, through June into July there was a lot of back and forth on the emails with the Architect and Maria and Paulo at Remax as we double checked everything that the architect was telling us with them. Yes, you are right they could have been working together to fleece us, but you cant go through life thinking bad of everyone. In this case, as in the most, they weren’t.

The first thing we did was to agree the contract and pricing, it all seemed fair and everyone seemed to indicate it was OK. In line with everything we had read and been advised, the contract and payments were phased. We would pay an initial sum about 20% of the total at the beginning, for this the architect would produce the design and plan for the house on the land, including getting a land assessment done and submitting the plans to the council for approval. There would be two further payments one not long after the architectural approval is received and a final one when we get the certificate to build.

The architect said this would all take about 3 months.    Don’t believe it. We had read a lot about the promises and deliverables of the Portuguese so was under no misapprehension, we knew it would take substantially longer, you should allow 12 -18 months to get to stage when you get a certificate to build. Its not that they want to mislead, in fact its quite the opposite, they really want to please, so therefore do tend to over promise. As long, as you are aware and prepared for this its fine.

Whilst we had outlined to the architect the type of property we would like, we didn’t know how they would interpret our wishes. As we waited patiently for the first design we imagined all different variations. Teresa and I both did loads of different sketches, some we liked and some we didn’t.

During this period we also gave the architect the first indication of what we were prepared to spend. There was the usual drawing of breath and comments like that will be tight, you know like when you take your car to the garage. All this we where very pleased with, we liked the sighing, whilst we wanted the best, we were not going to pay any more than we have to. Our thinking was lets put a realistic but tight budget, then if we need to add we can, but better to start low, rather that higher and end up even higher and if they we sucking the air then we must be about right.