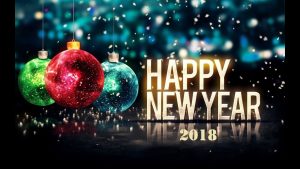 Welcoming in the New Year was a bit of a wet affair this year. We did however get one really nice day when we were able to do some pruning on the vines and cleaning around the roots of the olive trees. I was also able to cut the grass around the house and swimming pool. 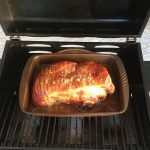 The rest of the days were damp and overcast, although during the day the temperature was not too bad, it did chill down at night.

On the upside, we were still able to cook outside every day, apart from when we ate out at a restaurant, although it was far too cold to eat outside.

We had some family staying with us to see in the new year this year, but they had unfortunately booked the early morning return flight instead on the evening flight, which meant we had to drive back to Lisbon airport during the early hours and Teresa and I had a full day to do something until we could fly back in the evening. 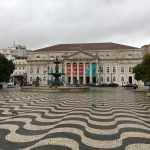 We decided to drop the rental car back as soon as they opened, and then head into Lisbon City on the Metro. We walked around for a little while and found a small café for some breakfast, croissants and coffee. We then took a tour bus, but by now it’s raining so hard it was difficult to see anything much although the commentary was very interesting.

After the tour and lunch in Starbucks, yes it had to be done, the rain just got too much and we decided to head back to the airport, at least we could stay dry there, by now we were soaked through to the skin.

Well the gates were still attached to the posts, but only one would open with the electric control, one just refused to open and we had to do it manually. So once again we still have problems with the gates.

We did get the locksmith to call eventually and he said the engine on the gate was faulty, so he will have to take the arm away and get it to a man that could fix it, but he was still on holiday so it couldn’t happen until the next week. Will be interesting to see if he comes next week as promised.

All this, along with the fact that slope from the gate to the road (dirt track) is just too steep, we have decided to redesign the gate entry area.

We can get our car in and out without too much problem, but the turn in is very tight and when we have a rental they are much lower to the ground and can on occasion just scrape the gravel around a bit.

More on this to follow in the coming months. 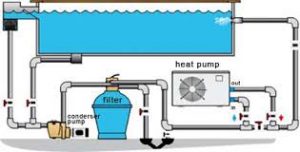 The guys who are doing the swimming pool heating system, turned up at the house early this morning, I think they dropped off the heat pump and laid the concrete base. However, I don’t think they could do too much as it has been raining hard all day.

At least something is happening, looks like we should be able to start swimming earlier this year.